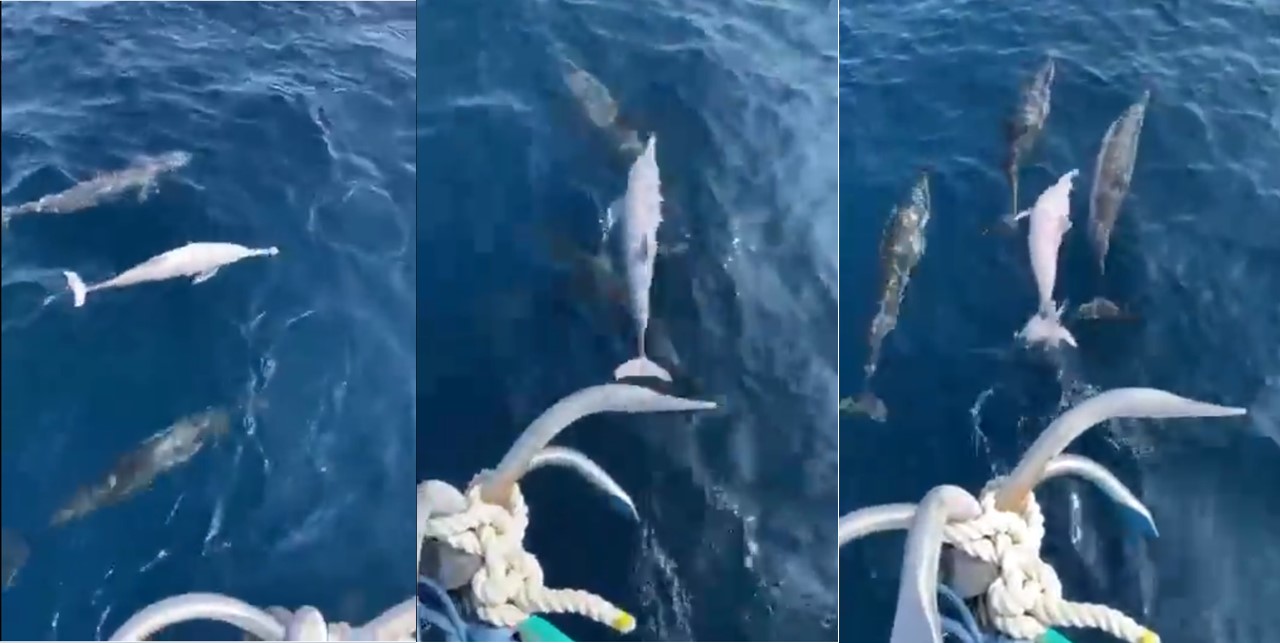 A rare type of dolphin (an albino dolphin) has been found in H.Dh atoll.

The rare type of this dolphin has been captured live by the young fishermen who goes by the name ‘ Zuvaan Masveriyaa’.

Hassan Saajin also known as Zuvaan Masveriyaa has uploaded a video of this dolphin dancing to the waves created by the vessel and so far, 11,000 people has interacted with the video. The video also shows that the dolphin swims with a pack of other dolphins together as well.

Normally, dolphins comes with grey in color, but due to cell mutation, sometimes the dolphins also has albino dominant features as well.