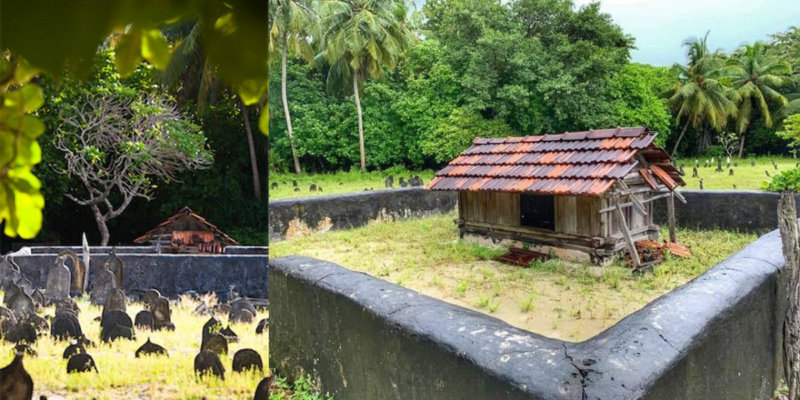 Sayyidhu Thoha, a well known resident to the island of Ha.Molhadhoo, is one of the people who’s stories are well put into silent. And the stories of him are no longer believed like people who used before as well. This is the story of Molhadhoo Sayyidhu Thoha for our readers.

Even till today, there is a memorial place built for him in Molhadhoo. The flag post of this memorial is also standing tall and firm even if you check it now. The roof thatched into the memorial along with the wooden walls of it are in good condition.

The door of the memorial place is small but enough to slide in and out for the visiting. The roof is rather short than an average house, while inside the memorial place, two tombstones which resembles a man has been buried are set firmly to the ground. No writings are to be found in the tombstones either, while no signs of any cleaning done inside the place is found as well.

The days of sending prayers to this memorial has been long gone from the island. There was a time when people sent their prayers when in hard times while they also cooked traditional meals for charity as well. And unlike other islands, the thing which the islanders gave away in the name of this place was coconuts.

When ever someone wants to do such, they take a coconut, go to the “Ruhgandu Ziyaarai” and bury it there. This was, the particular is area is filled with coconut palm trees. Molhadhoo Night Rose, Adam Ibrahim has stated that, quite a number of such palm trees could be found in this area due to this. 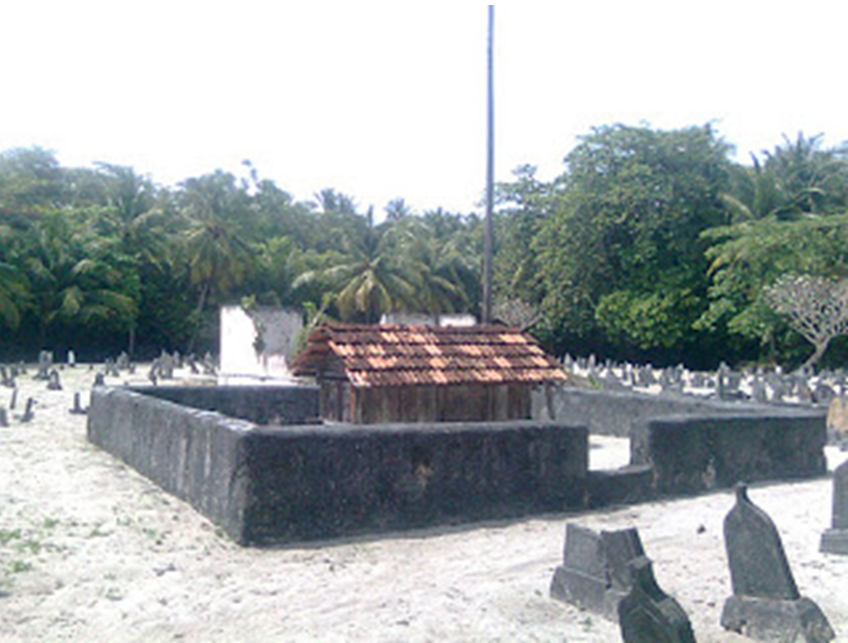 Sayyidhu Thoha belonged to a well known person who came from a higher family background. It was said that his casket was basically left at the sea and it came ashore to Molhadhoo. Where, people buried him properly along with building a memorial place for him. Moreover, as soon as the memorial place was built, a very long pole also came ashore to the island, therefore, the people wanted to up Holst the flag in the memorial place as well. But, the higher authorities of the atoll asked to send it to them. And later on, they put that flag pole up and it is the flag pole that was mentioned above as well.

Posted by The Maldives Islanders on Thursday, October 3, 2019

Molhadhoo people had also named their Friday mosque on behalf of Sayyidhu Thoha as well. The only historical place that can only be seen in this island currently is this memorial place. People who talked folklore about this place to this cannot be made as truth, as along the stories, the truth might have been compromised. The only thing clearly everyone of the island knows is that this place is a very well respected place even in the old times.