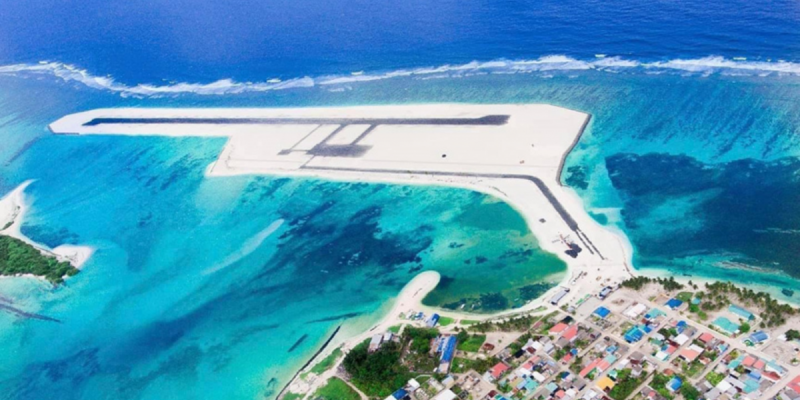 Maldives Transport and Contracting Company (MTCC) as the developer of the Hoarafushi airport has stated that, they have set a goal to finish and open the airport on the November 11th of this year.

The company has said that the works of the company are going in a higher speed than before, and they are trying to finish the whole project by the set date.

C.E.O of MTCC Mr. Adam Azim had also paid a visit to the airport site and witnessed the works that are being progressed till now. He has also taken note of what has been done and what is left of to finish as well, according to the company.

The whole project was carried out after dredging a vast area of 842200 acre meters from the Hoarafushi reef. The current government believes that, after commencing the operations of this airport, the local travel between the capital and the north would see a drastic development. The islands near and neighboring Hoarafushi would see the impact instantly and would ease up a lot of things, according to the government.