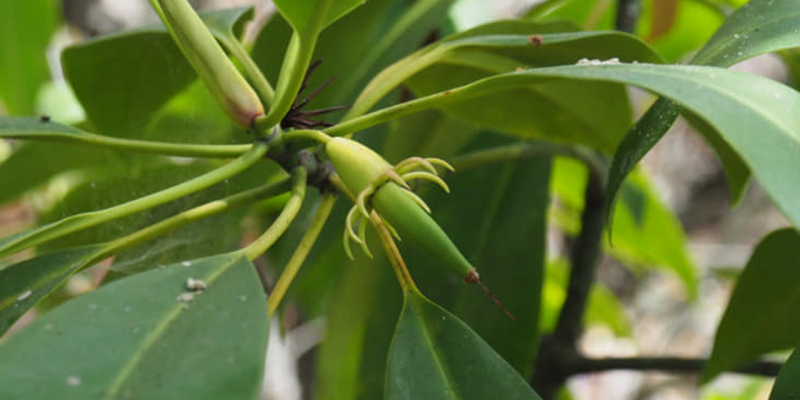 4 types of critically endangered species of mangrove is said to be found from the mangroves of Ha.Kelaa which was stated by the Ministry of Environment of the Maldives.

A post, posted by the ministry stated that a critically endangered species known as “Brugueira Hainesii” has been found for the first time in Maldives.

Environment ministry stated further more on the matter that, 4 of this type of mangrove has been found in the mangrove and up until 2010, there were only 200 of known trees of this present.

This new species of trees were found when the ministry was conducting a survey on the islands mangroves earlier this year on the month of March. The ministry has said that finding such an endangered species from our eco-system specially in Kelaa would give a special place to the island by the world.

This survey was funded by USAID and did not cost a penny for the government to conduct it. The survey was under a project named “Regenerate” which is also in collaboration with International Union for Conservation Nature -IUCN.

First recorded observation of the critically endangered mangrove species of B. hainesii in the #Maldives was observed in…

Posted by Ministry of Environment, Maldives on Thursday, October 8, 2020

This tree was identified by the mangrove specialist who is from the IUCN who is also the list coordinator.

The new mangrove species tree is among the critically endangered one from the two listed by the world specialists. This is also in the list of very much endangered trees of the world declared by IUCN. So far, this tree has been found in Australia, Papua New Guinea, Indonesia, Thailand and Myanmar.