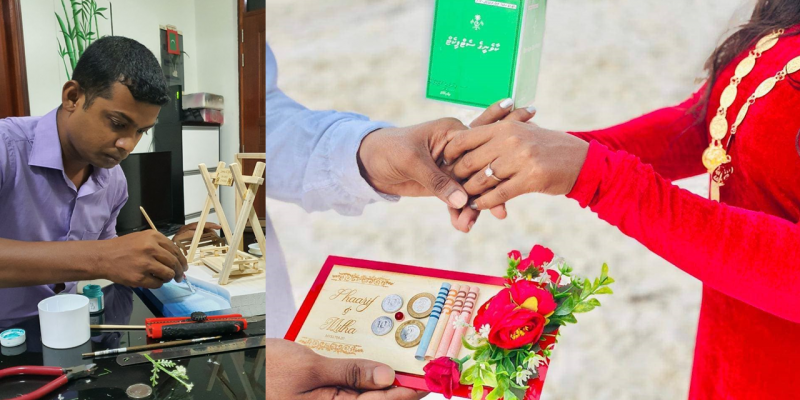 If you talk about the dowries with a taste of modernization, you will surely know who we are trying to talk about in the Maldives. Born and raised in Ha.Utheem, Kotharivilaa, Ahmed Shuhail is the artist behind the modernization of the dowries given in Maldivian weddings.

Shuhail, who is also working at the Maldivian military, when he told us about the story of his introduction to this field, he stated that it goes to a wedding of one of his closest friends. His friend wanted to present the dowry in an artistic manner and Shuhail basically took care of it showing the Maldivians how talented he is at this.

Today, in social media, he is well known as “Utheem Mahaa Radhun” since he belongs to the national hero Mohamed Thakurufaans island Ha.Utheem. Also, he goes along by that name to always remember the national heroes who gave up their life protecting it.

Shuhail stated that when he started this job as a business back in 2008, he is not aware of anyone else who did this as a job. But his business became vast in 2012 after when he started to present his artistic works in social media. It is also worthy to mention that before he started this profession, he was not at all associated with any kind of wood work either.

Ever since he started this job and it has been almost 12 years to this business, he said that more 3000 dowries must be made by him till date. When it comes for holidays and nice dates, he states that his works would also get double and he gets more demanding works when it comes to those dates. And when asked, he stated that for such a date within 24 hours, he once made 12 dowries! 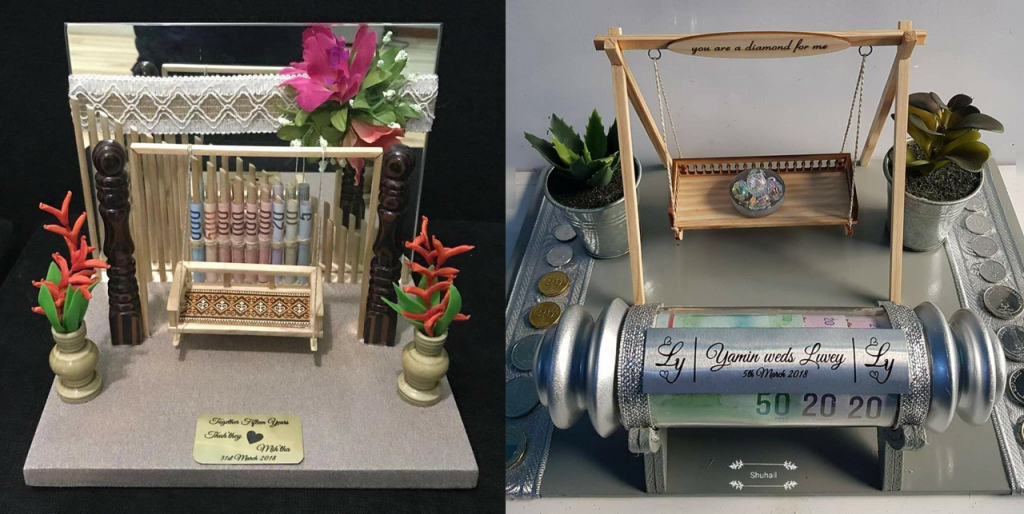 When looked into the numerous dowries he had made till date, it is very fascinating to note that he had never ever copied any other ones such artistic pieces. He stated that he had seen some other people copy his work, but his advise is to use everyone own imagination to excel in this work. Shuhail states that his biggest happiness is, after his day job, he could always work at the comfort of his home and he could always see his wife and kids while working. And he does not have a specific time to work and if he had any time through out the day, he wants to start working on it.