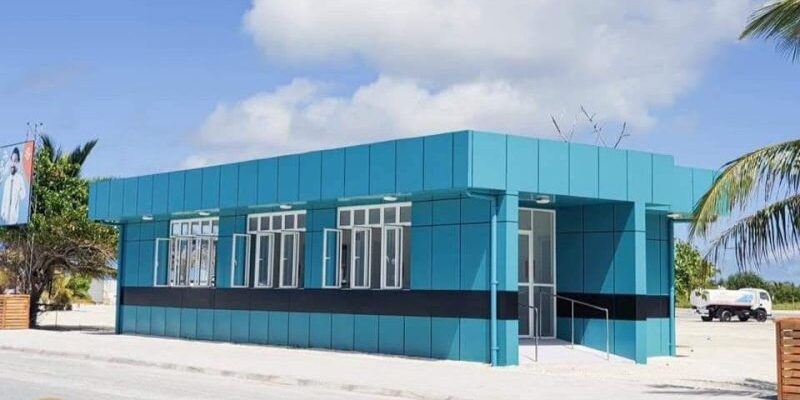 The Waiting Hall constructed near Kulhudhuffushi City Local Harbour area has been officially inaugurated and put into use.

The Waiting Hall constructed by Kulhudhuffushi City Council was inaugurated on a special ceremony held on December 1, 2021.

According to Kulhudhuffushi City Council, the Waiting Hall building will have restrooms for both male and females, a feeding room, and a Waiting area. And the Waiting Hall will be open from 0600hrs to 2300hrs every day. Moreover, the council also urged the users of the waiting hall, which has been developed for the convenience of everyone, to take measures to ensure that the cleanliness and hygiene of the premises are maintained.

Kulhudhuffushi Local Harbour is the busiest port in the Maldives with the exception of Male’. The people of the three northern atolls visit the city every day for various purposes. Therefore, it will be much more convenient for travelers.