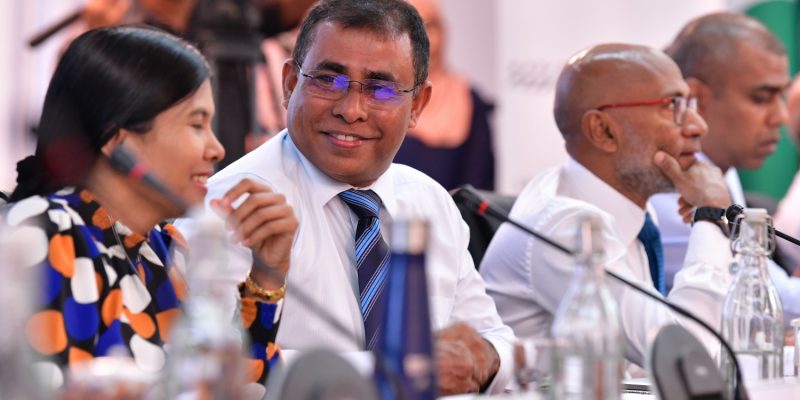 Minister of Tourism, Dr. Abdulla Mausoom stated that in order to commence the operations of mega super speed passenger ferries, Thiladhunmathi needs a spike in hotel rooms.
In a recent tweet, Minister expressed that initiating a ferry transport system between Maldives and India would not only benefit the country’s tourism but trade prospects as well. He also added that, it is the government’s aim to increase hotel rooms in Thiladhunmathi by mid 2022 to aid this execution.
Minister also questioned why economists have steered clear off this idea when it holds so
many obvious and fruitful advantages.
The agreement to develop a ferry transport system between Kulhudhuffushi City and India was signed in June 7, 2019, during the official visit of India’s Prime Minister Narendra Modi. As per the MoU, Cabinet of Maldives approved to continue with the arrangement on July 3, 2019.
The agreement entailed initiation of a passenger/cargo ferry transport system between Kulhudhuffushi City and Cochin. Effort to establish such a system had been made during former President Mohamed Nasheed’s administration as well. The foundation for Upper North atoll’s cargo ferry system was laid on August of 2011.
Government states that preparations are being made to commence cargo ferry services between Kulhudhuffushi City and Cochin by the end of September.