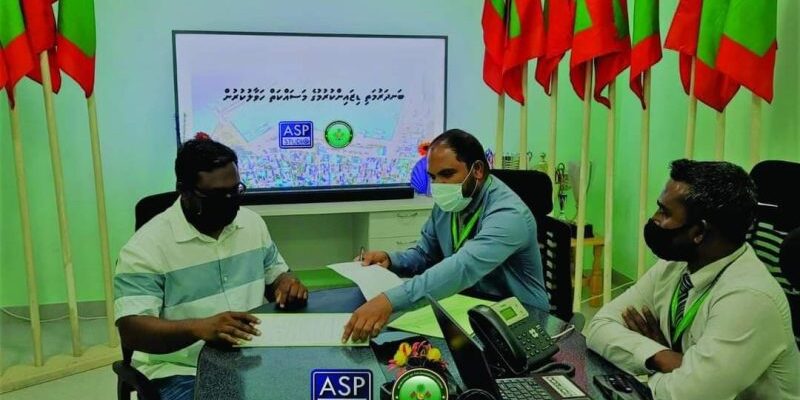 ASP Studio of Ihavandhoo has decided to design the harbour area of the island for free.

The ceremony held to hand over the project to ASP Studio was held at the Ihavandhoo Council Office on January 5, 2022. Project was handed over to ASP Studio to be completed in two months.

Ihavandhoo Council President also Ha. Atoll Council Vice President Ahmed Sabah thanked the ASP Studio of the island and the head of the studio, Ali Mahir, for designing the project for free.

Ihavandhoo harbour area has been awarded for design, including official Jetty, a Local Market, a Fish Market, a Monument representing Ihavandhoo, Designing Roads and a plan for planting trees to green the harbour area.Moreover, designing commercial areas (shops, hotels/restaurants), commercial warehouses, relocation of oil storage facilities, harbour offices and huts/benches for people to sit on.

Ihavandhoo Council opened the opportunity to submit concepts to develop the harbour area designed for free on September 21, 2021.