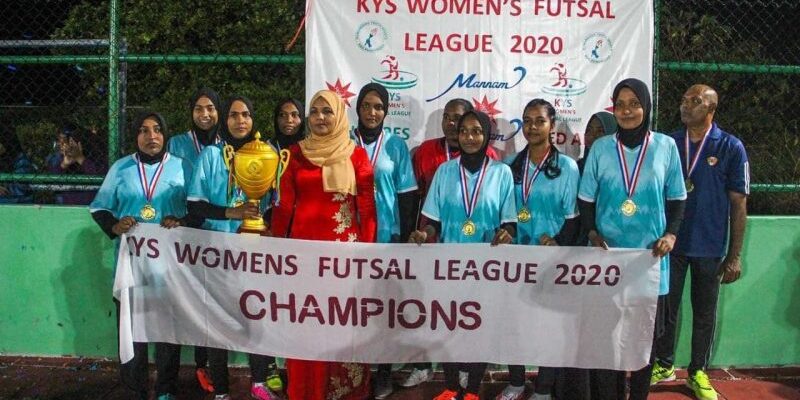 The competition was first held by KYS in 2020. The 2021 competition is the second in the series. A total of five teams participated in this year’s competition. Like previous year this year also competition will be held in the league format, with each team meeting each team and two teams with highest reaching the final. And all the matches will be played at Kumundhoo Futsal Ground.

According to the President of KYS Jailam Shah, a lot of people have assisted in conducting the competition, and he specially appreciated the support received from Council and Women’s Development Committee (WDC).

In addition, the matches of the tournament will be live-streamed on the Facebook page of Kumundhoo Youth Sports.