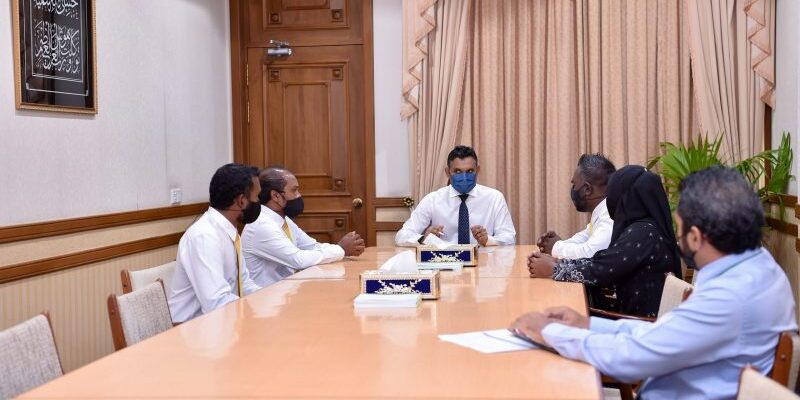 During the meeting held at the President’s Office, Feydhoo council members discussed the most important issues for the development of the island with the vice president.

Council discussed the challenges they faced due to a shortage of administrative staff, the harbour’s development plan, the school’s lack of space, and the need of a football pitch for the island’s youth. Moreover, they also talked about improving ferry services, shore protection, establishing a police force on the island, and other development plans.

Furthermore, during the discussion, the vice president suggested that the council should make good use of the island’s resources and organize more awareness and information sessions for people, with the support of NGOs on the island.