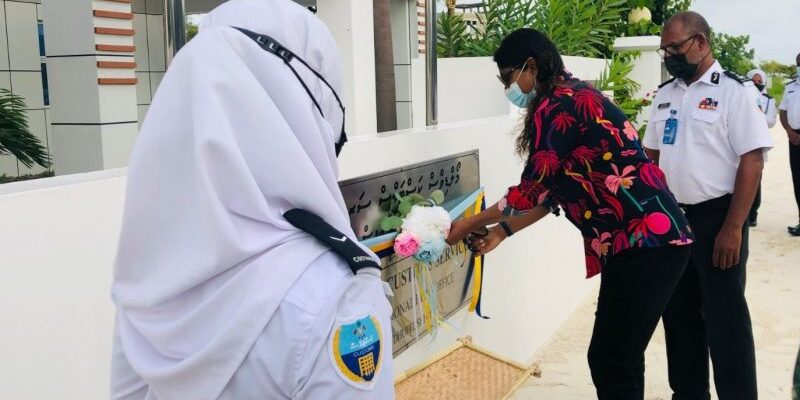 The North Regional Head Office of Maldives Customs Services has been officially inaugurated.

Minister of Defense Uz. Mariya Didi officially opened the office in a ceremony held at Kulhudhuffushi city on September 16, 2021.

The MVR 13.4 million, four-storey structure has been in operation for quite some time. Due to the Covid-19 pandemic, the official inauguration was postponed. Customs office building consists of Accommodation, Office area, and a Training Center.

Customs Services in Kulhudhuffushi city was established 16 years ago, when a regional port was developed in the city.