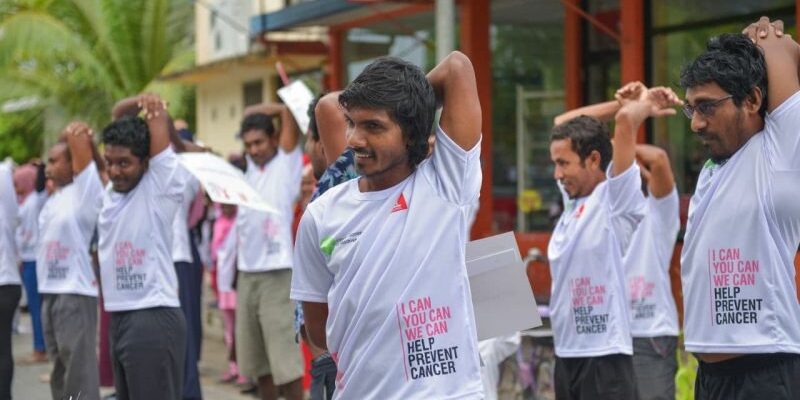 Sh.Atoll Hospital to start a program named “staff health challenge” for the staffs of hospital.

According to Sh.Atoll Hospital, the first season is designed specifically for the hospital’s staffs. and this program will take place in October, which is marked as Cancer Awareness Month.

Participants in this challenge must walk or run atleast for  30 minutes, 5 days a week.

They also specified that participants must use smart applications such as “strava”or  “Samsung health” app or any application to track exercise records. also have to send screenshot of a daily workout with a photo and weight should be recorded aswell.

On behalf of the Shaviyani Atoll Hospital, public health incharge Ahmed Zahid  informed “Thiladhun” that this program is being organized to promote a healthy lifestyle among the hospital’s employees. The program will take place for a month. furthermore, this program is being held under President Ibrahim Solih’s “dhulhaheyo hashiheyo” and “25% by 2025” campaign.

Moreover, despite the fact that the first season is only for hospital employees, Zahid said that the aim is to expand the program in the future to include health sector workers from atolls and the entire country.

He further mentioned that the program is split into two categories: departmental and general. for both categories, prize money is given out.

Participants in the general category should complete out the google form that has been shared with staff and submit it by September 20th.