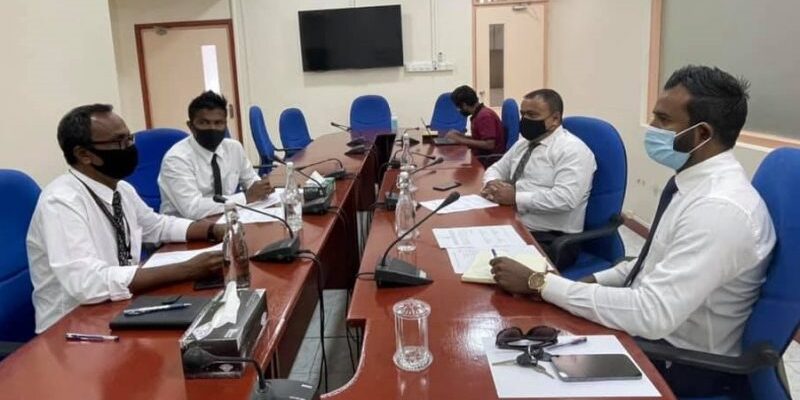 Northern 3 Atolls, Haa Alif, Haa Dhaalu, and Shaviyani Atoll have decided to sign a MOU, to work together for the development, financial stability, and to obtain decentralized powers for “Boduthiladhunmathi”.

It was decided at a meeting held at the Secretariat of HDh. Atoll Council between the presidents of the Ha ,  HDh and Sh. Atoll councils, as well as the president of the Kulhudhuffushi City council.

President of HDh. Atoll council, Mohamed Siraj stated that the purpose of the MOU is to overcome the obstacles for development, attain financial stability, and to obtain decentralized powers for betterment of citizens of three atolls.

Moreover, the president of Sh. Atoll council Mohamed Shiyam noted during the meeting that such projects will face numerous challenges, but that they will succeed by overcoming them.

Furthermore, Ha. Atoll council president Moosa Shafeeg added that this meeting was a memorable meeting, and like before, Boduthiladhunmathi can work in a more decentralized manner to maximize wealth for the atolls.

In addition, during the meeting, four councils discussed ongoing works of the councils as well as work that can be done in collaboration for the development of Boduthiladhunmathi.