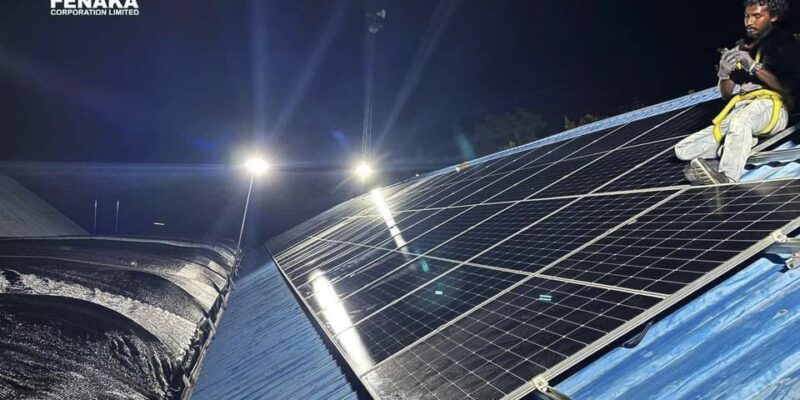 The project which is funded by the Asian Development Bank and implemented in collaboration with Ministry of Environment, Climate Change and Technology and Fenaka, aims to reduce the dependency on diesel-based power generation by introducing solar-diesel hybrid power generation systems.

Under the current phase of the project, 3.5 MW of solar systems which catering to 30% of peak demand will be installed in all the inhabited islands of Haa Dhaalu atoll of the Maldives.

The project will install 116kWp of solar PV in HDh. Neykurendhoo and the system will be integrated with the current electricity grid to create a solar-diesel hybrid system.

Upon completion of the project, it is estimated that the Fenaka will be able to annually save up to MVR 11 million from expenditure presently allocated for purchasing fuel and will also minimize the amount of CO2 released into the atmosphere by 4 tonnes, annually.

In compliance with the Strategic Action Plan of the Government of the Maldives, Fenaka has a target to convert 70% of its power generation to renewable energy.