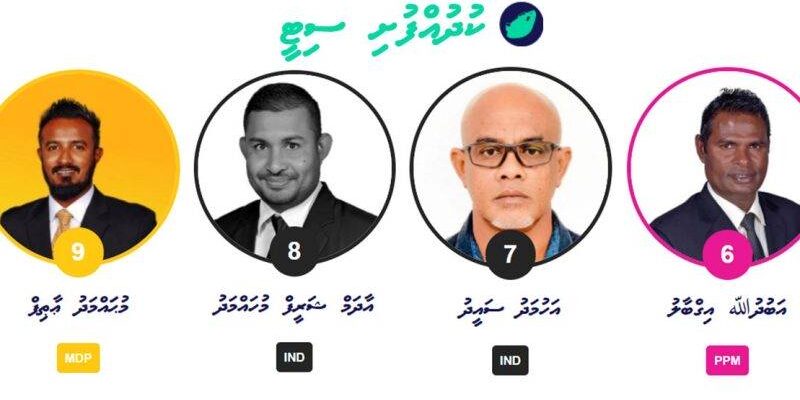 One of most the important battle grounds in the upcoming Local Council Election is Kulhudhufushi City.

The impending elections is the first election, the people of Kulhudhuffushi face after being declared as a city. As per the law, the city will now elect a six-member council, with all the residents coming together to elect their first ever mayor.

With the election nearing, the final preparations now underway, and four people are to contest for the mayoral position.

Candidate number 6, Iqbaal won the PPM ticket, after no one else contested in the party’s primary. Iqbaal is currently an employee of the atoll council, and has always been a leading and active member of PPM.

Iqbal attained his education in the field of Management and Public Administration from Hydrabad, India, and has been serving in the  H Dh. Atoll council, previously the atoll office, for the past 24 years.

Having previously worked in Haveeru News, a renowned figure in the Maldivian journalism industry, candidate number 7, Saeed, and is vocal critique of the incumbent government and has widely expresses his opinion in social media in the hopes of making the government accountable. With the vision to make the city a “Fahi City”, Saeed is active in drawing and sharing his plans for Kulhudhuffushi.

Shareef is an active participant in Maldivian politics, having previously contested for in the parliamentary elections and the local council as well. Candidate number 8, Shareef is a leading figure in MDP’s activities.

Shareef was previously employed Dhuvahu News, and later became self employed, running his own business. He also had also previously served in the MNDF as well.

Candidate number 9, Athif is an active participant in MDP’s activities in the island since the beginning. According to Athif, he is contesting in the election with a development plan for the city. Athif has experience in social empowerment, having had experience running multiple clubs and organizations in the past. Athif attained education in the field of Management.

With the elections looming near, the people of Kulhudhuffushi are excited to see who would be elected as the first Mayor of the city.