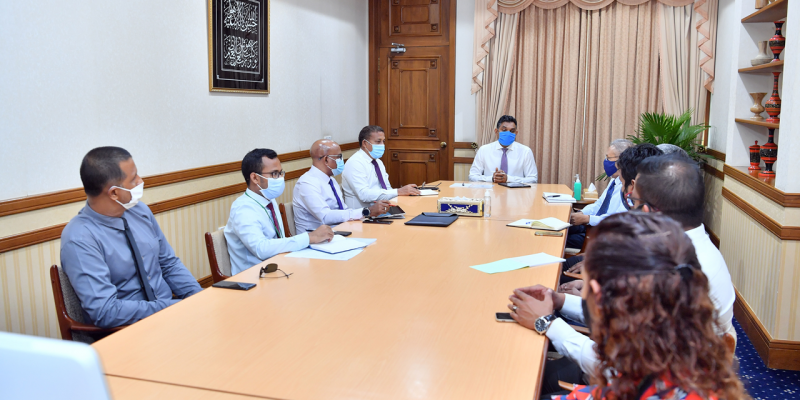 The services provided by the Kulhudhufushi Regional Hospital (KRH) are getting a lot of trust and it’s been seen when a lot of patients from other atolls are visiting the facility to get their services. This has been highlighted by the vice president of the Maldives, Mr. Faisal Naseem as well.

He stated this while talking in a meeting where discussions were done stating the difficulties faced by the hospital currently. The meeting was with the responsible authorities and they did also discuss about how to correct and enhance the existing services in the hospital as well.

During the talk, the vice president also stated that, the governments vision is to enhance the services given within the atolls as well. And to see a day where people could get the services within the country, without travelling abroad.

During the meeting, the head of departments from the hospital emphasized on the scarcity of human resources to the hospital very much. Moreover, they did mention about the difficulties that they face while running the place as well.