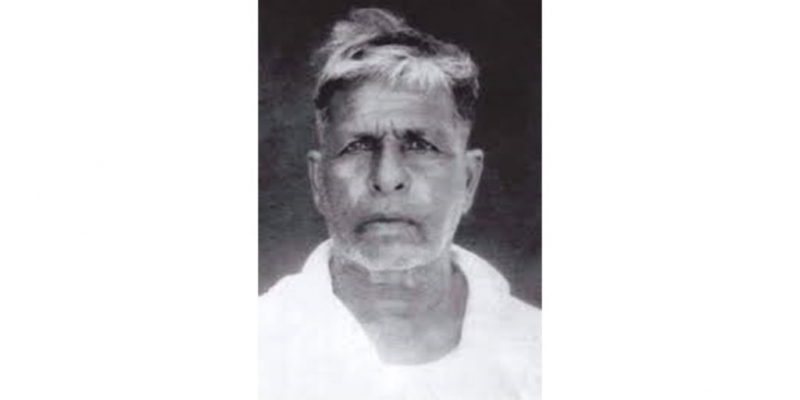 We often tend to omit about some great forefathers who has done an amazing job from their fields. This time we are trying to re surface a great poet who has seen the light at H.Dh Kulhudhufushi, as his nick name goes by “Lagondi Maalimee”. From the island of Kulhudhufushi, Falsaa ge, Mr. Hassan Ahmed’s most works are believed to be not documented, therefore gone. But whatever which has been documented, can also be found as gems to the world of poetry in Maldives.

Certain writers of the modern era have attempted to write about Lagondi Maalimee and his works and poems, and one such person is the famous writer Lucas Jaleel who also works in Ministry of Arts & Culture. Below is such a writing written by him.

This is “Dhohaamalimee”. The ever most well known Lagondi Maalimee to the whole of Maldives. He was a well-known navigator. He worked as a skillful navigator who navigated the ships which traveled in between Male’ and Kulhudhufushi. In his famous voyages, he was also well known to make a great effort at making poems as well.

His stories were being told to us by his daughter Naseema. Well known in Kulhudhufuhi as Maalimee Kamana or Kamana Dhaitha. She was mainly taught by this great man since the earliest of her childhood. She says that her father was a navigator who traveled between Srilanka as well as India and he used to travel eve further. And he was very fond of teaching people almost about everything he knew.

He is also a very well-known poet who wrote tens of very good poetry. Even after the era of writing poetry, when it came for the era of songs, he wrote multiple famous songs as well. Even to this day, one of his most famous song is “Heyvaa Heyvaa” which still is being broadcasted widely in the Maldives. There would probably be no Maldivian who would not know about this song as well. There are a lot of people in Kulhudhufushi who still byhearted the poems and songs of him as well.

It is also said that he can make poems just like that and there is no perfect time for him to do so. He can make poems instantly. He used to make poems and make people to write them and document them as well.

One of the most poet/navigator that the whole of Maldives saw, died at the age of 70. Until his last days, he was also following his profession of being a navigator. He was also at the mean time making poems that are still classified as gems in the Maldives. But the ugly truth that we must face up until today is, people still does not appreciate his work enough. He is to be shined just like the poets whose names are till date learnt on the books of children from an early age.