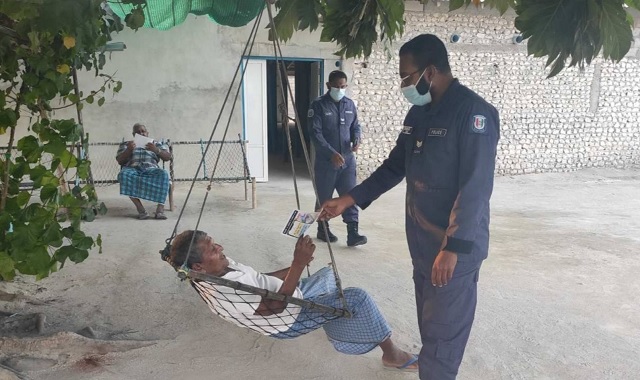 Hanimaadhoo residents have been briefed on fraudulent money transactions.

The two days event conducted by the Hanimaadhoo Police Station, information was provided on the importance of being careful about the transactions using smart phones and a leaflet containing the information was distributed to the residents of Hanimaadhoo.

During the event, Police met with the residents of the island and briefed them on not to reload/rastas on the phones of unknown individuals, not to share bank card information with a stranger, to be aware of the phone calls stating that you have received an award, not to allow them black mail from sources such as smartphones, and not to allow money to be obtained fraudulently.

Cases of obtaining fraudulent money have been on the rise in the recent past.