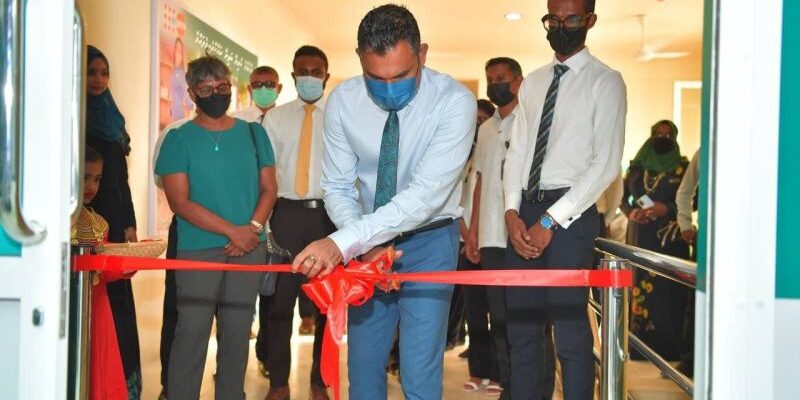 The centre was established with the support of the United Nations Population Fund (UNFPA).

The Reproductive Health Centre, which was inaugurated at KRH, is the first of its kind established in an area other than the Greater Male’ Region. The centre will facilitate the delivery of a wide range of reproductive health services.

Speaking at the ceremony, the Vice President stated that within the last three years services and facilities at KRH have been improved drastically, therefore now the public have full confidence in the services of the hospital.

After inaugurating the Reproductive Health Centre established at KRH, Vice President Faisal visited the centre and inspected the condition of the hospital.