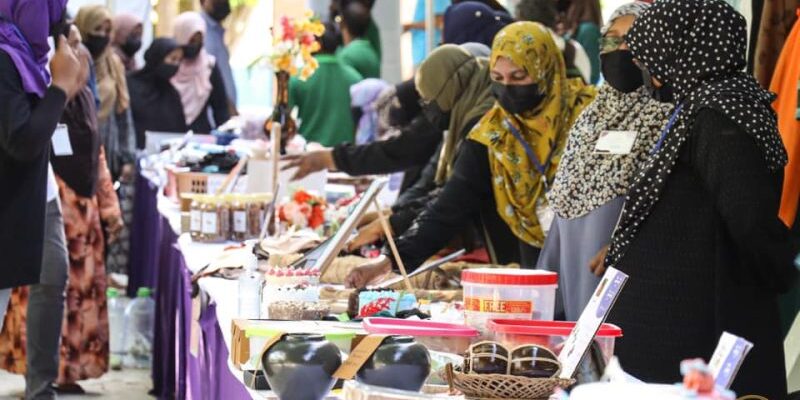 Business Centre Corporation has stated that the “Hiyala Expo 2021” held in Kulhudhuffushi City has been a very successful event.

During the expo, women showcased and sold a large number of items. This includes food as well as maldivian products such as coir rope, “ban’dhi” and “gulhi”.

The expo was visited by a large number of people. The Business Center noted the supporters of the expo. In this regard, Maldives Islamic Bank, Bank of Maldives (BML) and the Job centre were specifically mentioned.