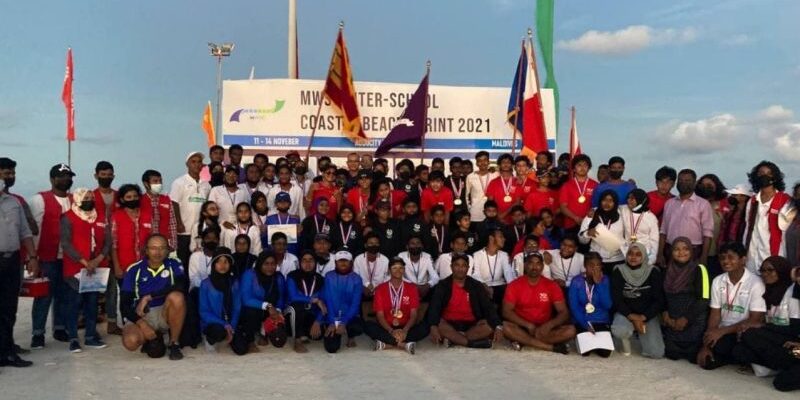 Coastal Rowing Beach Sprint was held from November 11 to 14, 2021. And 150 students from five schools. 80 teachers and 20 athletes from four clubs also took part in the event.

MWSC stated that the competition was held to teach and promote the habit of Rowing to children and youth. Furthermore, the event will facilitate skilled youth to compete in international competitions, and will make it easier to rank the national record and form the national team.

The closing ceremony of the event was attended by Managing Director of MWSC Hassan Shah. Former Bilehdhoo constituency MP Hamza, former Addu City Deputy Mayor Mohamed Yashrif, and President of Rowing Association of the Maldives Ahmed Habeeb. And at the ceremony certificates and medals for winners were presented by MD Shah.