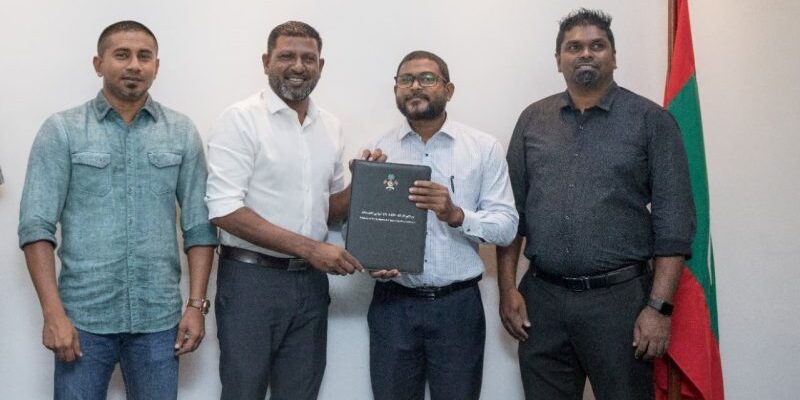 The contract for the construction of six modern Volley courts in Thiladhunmathi has been awarded by the Ministry of Youth, Sports and Community Empowerment.

Furthermore, contracts are awarded to different contractors. And from the Ministry side agreements were signed by Deputy Minister Ahmed Ibrahim.

The ceremony was attended by Minister of Youth, Sports and Community Empowerment Ahmed Mahloof, President of Volleyball Association Mohamed Ranesh and members of the Parliament.