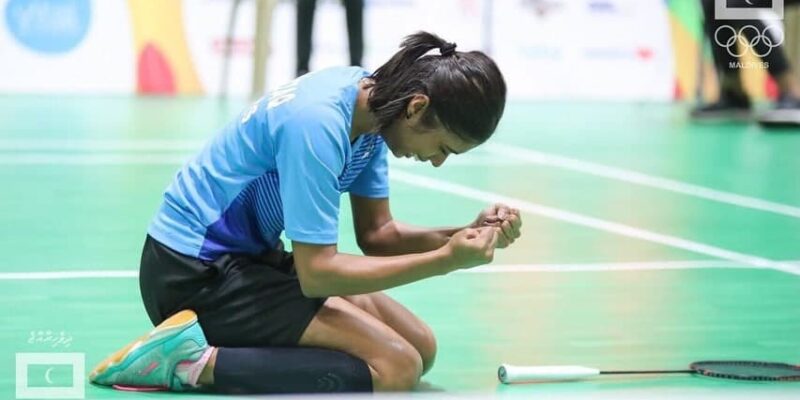 Neykurendhoo Nabaaha will hoist the Maldivian flag at the Tokyo Olympics games.

This is the first time a Maldivian woman had qualified in a badminton event at the Olympic Games.

This is again another outstanding milestone for badminton Maldives, and Ms. Nabaaha in particular, for her tireless efforts and the ongoing support she have received from numerous stakeholders including ministry of youth, sports and community Empowerment, Maldives Olympic Committee & Badminton Asia and others.

People in Neykurendhoo and Thiladhumanthi are proud of her since she has had a successful badminton career.

Thiladhumathi Times wishes Nabaaha the best of luck at the Tokyo Olympic Games!