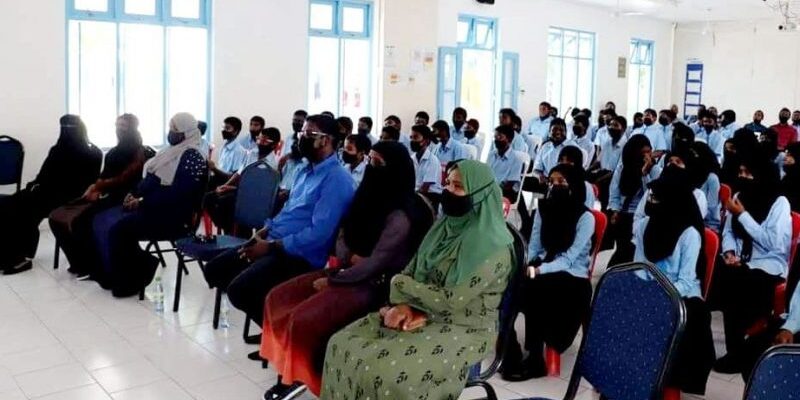 A religious awareness program was held in Vaikaradhoo.

The program held on Weekend was organized by the Women’s Development Committee (WDC) in collaboration with the Ministry of Islamic Affairs.

According to Aishath Nashidha, the president of WDC, four individual lectures aimed at students, parents, youths, and a common lecture on the mosque were delivered during the program.

Moreover, she expressed gratitude to the Ministry of Islamic Affairs and Sheikh Ansar. Also she appreciated the support received from Council, HDh. Atoll School and Adhaalath party Vaikaradhoo Wing.

Vaikaradhoo WDC is actively involved in several activities in the Island.